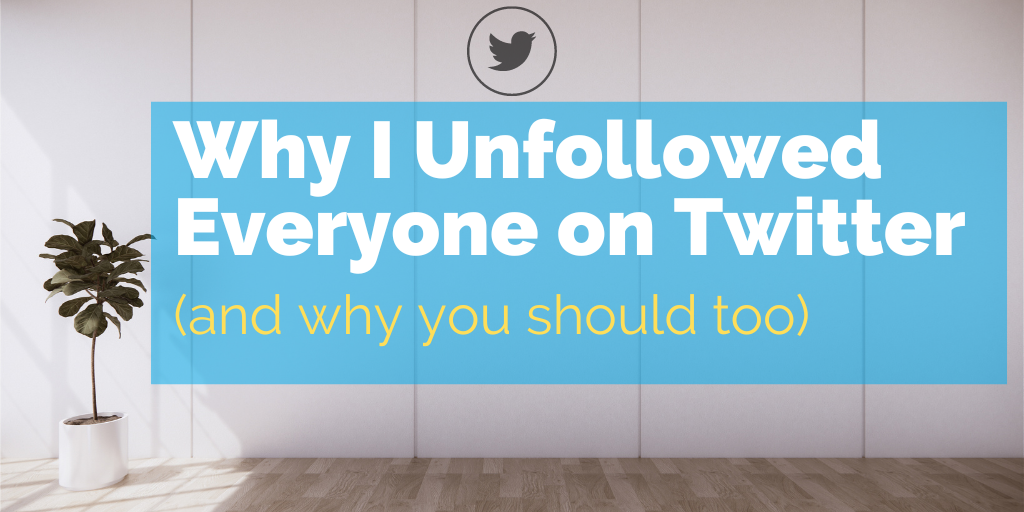 You would have thought I'd haemorrhage followers and my engagement would plummet.

But after my little experiment, I only lost 0.8% of my followers and my engagement rose by over 369%!

Why did I do this?

I spoke on Twitter at the biggest social media conference in the world, Social Media Marketing World twice - in 2016 and 2017. It was a great way to connect with really interesting people and have fascinating conversations.

#1 Twitter became more and more cluttered
Too many people were sharing the same old boring stuff. Multiple times! It was a one-way communication machine that I didn't enjoy.

#2 The environment on Twitter became more and more toxic
This isn't just a Twitter thing. But again, it took away the joy of being on Twitter. I wanted to reduce clutter and avoid negativity which wasn't good for my mental health.

#3 The dreaded algorithm
I don't want to see the Tweets Twitter thinks I want to see. I want the reverse-chronological feed to be back. Thankfully it is back. But the problem is that most people don't know it exists, and their feeds are so cluttered, it would be a nightmare.

#4 I changed
Although I've always been an advocate of intelligent and selective scheduling of Tweets, I had fallen into the trap of pretty much automating everything. Posting the same content over and over again. Following Twitter accounts that I had no interest in. I came to the realisation that I wouldn't enjoy following myself. So why would anyone else want to follow me! 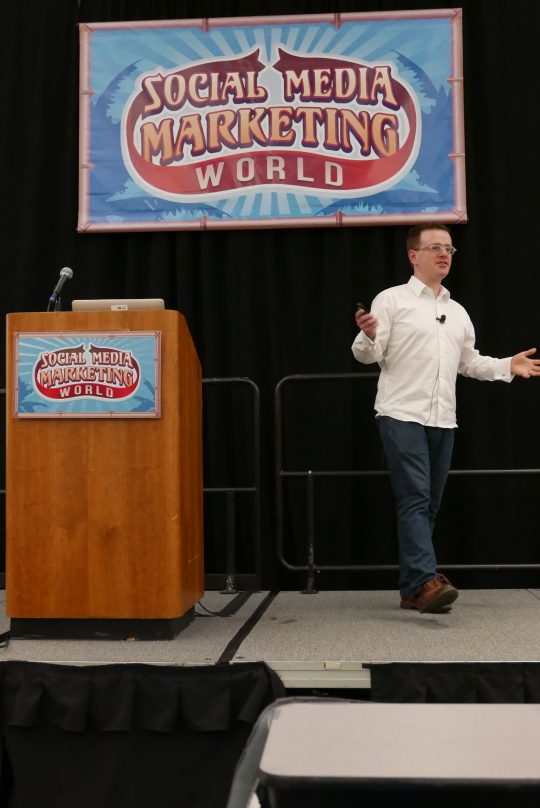 My Twitter experience was such a mess that there was only one thing for it.

And that's what I did. And it felt SO good.

My goals were the following:

My technique will help you unclutter your main Twitter feed and overall experience.

You don't need to do unfollow everyone. But it's a lot easier to get back control of your Twitter if you start from ground zero.

Here are my recommendations:

The second point is a bit of a problem if you follow a lot of people. I was following over 20,000 people. I knew this was going to take ages. Unfortunately, there is no way within Twitter to mass unfollow people. And actually, tools that bulk follow or unfollow are banned by Twitter's terms and conditions. That's why one of my favourite tools, ManageFlitter had to shut down. You also have to be careful not to unfollow too many people in one day. You could hit a Twitter limit or even find yourself getting temporarily suspended.

Once you're down to zero, you can breathe a sigh of relief!

But now it's time to start from scratch and follow back the people you actually want to follow.

Here was my criteria.

But you'll still find there's a lot of clutter. Some of the Tweets from your friends might be about things you're not interested in or have boring Retweets.

I recommend doing the following:

It's your choice whether you want to see the retweets of the people you follow. For me, I think retweets are lazy. It's just too easy to hit the retweet button. What I am really interested in are the thoughts behind the retweet. Why did they retweet it? And that's where "quote retweets" come in. Muting RTs doesn't stop seeing quote retweets where the person adds their thoughts to the tweet.

The Muted words feature is one of my favourite bits. Twitter can be a cesspool of negativity. So I've included political words, offensive words and more. You can also add words to avoid movie spoilers or to hide Tweets about sports or other things you're not interested in. And you can add hashtags to your muted words to hide things like Twitter chats which invade your feed. 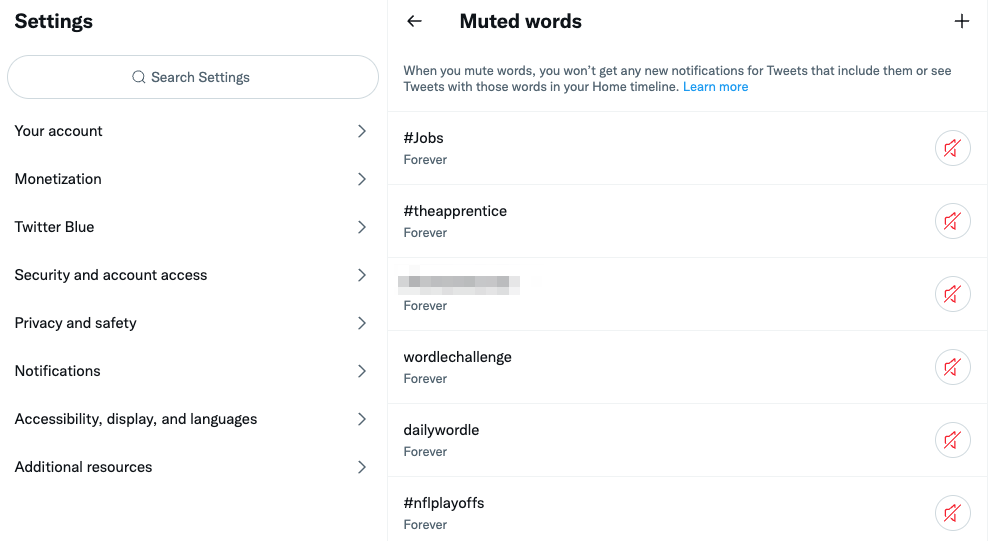 Now how about your Tweets?

These rules are flexible, and to be honest, I've not always done a great job at this over the past few months. However, I do stick to the first two rules and avoiding politics!

I still use Agorapulse - it's my go-to social media management tool. However, I don't use it much for scheduling on Twitter anymore, unless I have something specific I want to share at a certain time. I want to be more intentional, focus on relationships and be less noisy.

We've done a lot to clean up the Twitter experience. We've not seeing Retweets in our feed. We've hidden Tweets containing words we don't want to see.

But there are still a few cool things we can do to improve the experience.

We're going to add some custom filters to an Ad-blocker extension.

I recommend uBlock Origin or Adblock Plus.

Then you can add the following lines of "code" to hide certain types of content from Twitter.

While you can hide Retweets on a per-account basis from the main timeline, Retweets will still appear on each user's profile and on Twitter Lists.

This filter will remove Retweets from these places as well:

A set of filters hosted on GitHub called CleanYourTwitter hides the following:

Just copy and paste the code from here into your Adblocker filter list.

The main thing that happened is that I rekindled my love for Twitter. It's actually a place I want to visit.

Of course, unfollowing people is going to mean that you'll reduce how many followers you have.

I had to get over the big vanity stat that I used to cling to.

The fact that I had over 50K followers on Twitter.

Here's a chart from Agorapulse that shows the fall in my followers: 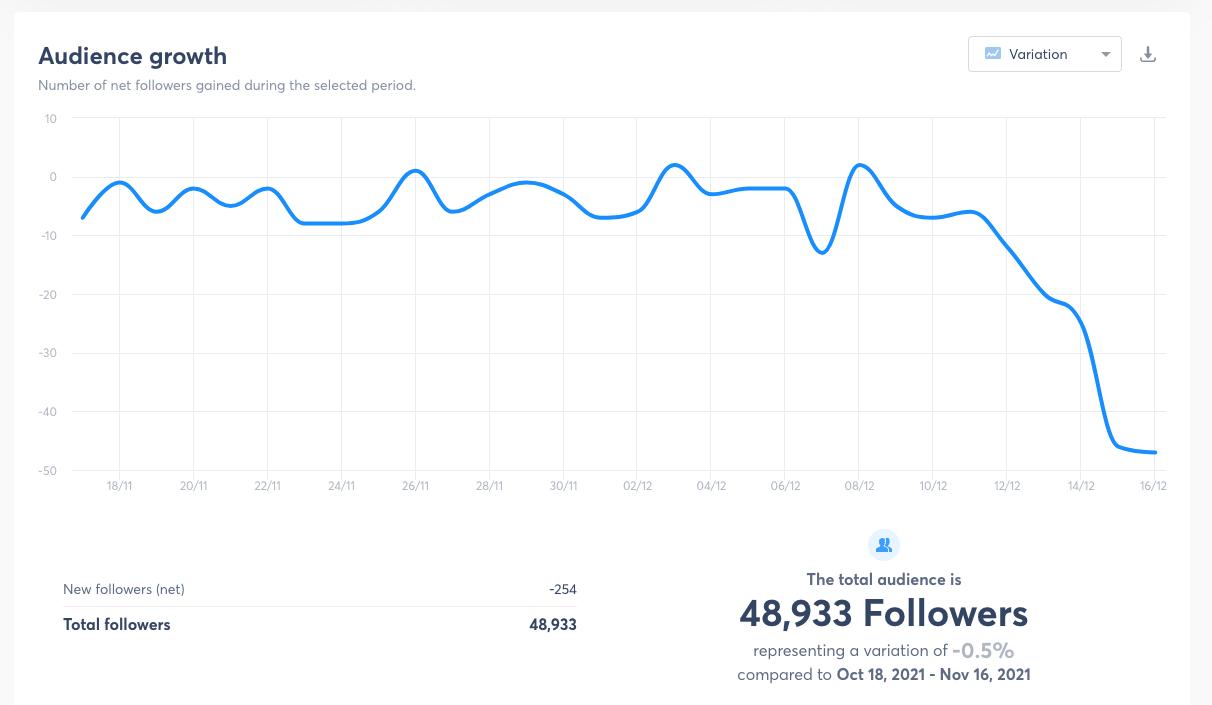 Let's look at what happened to my engagement: 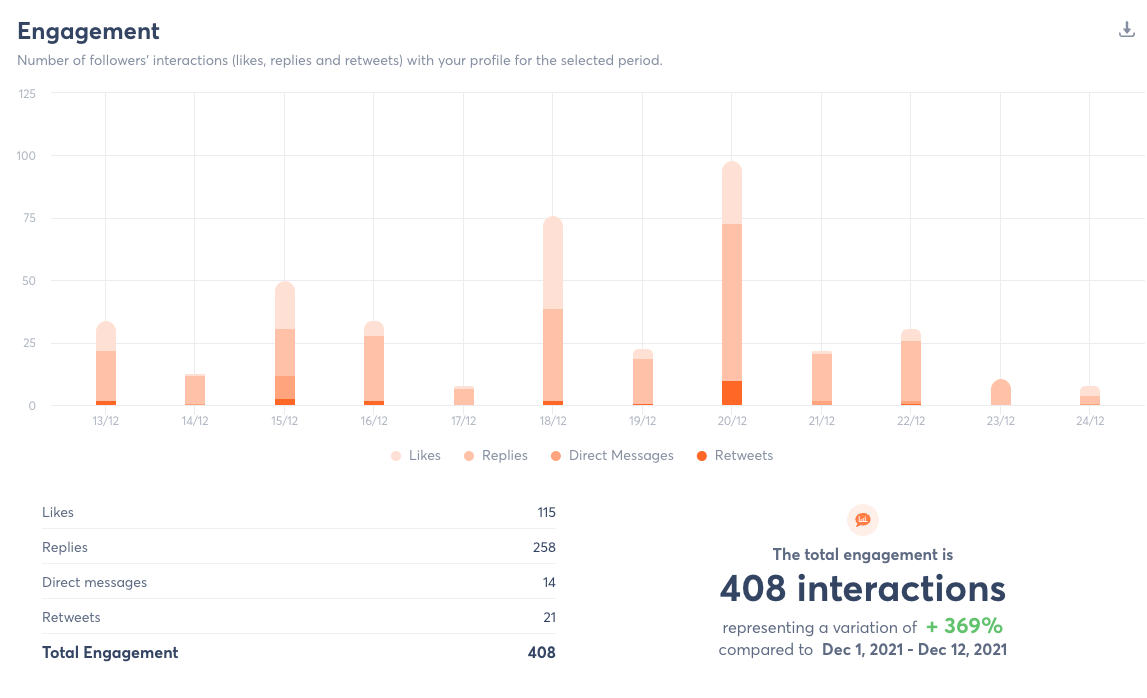 Over 369% improvement with engagement!

Now, this has not continued to be the case. But my engagement is so much better than before. And my feed is far less cluttered, so I am seeing the Tweets I want to see from my audience.

Will you do this?

So, is this something you're thinking of doing?

When I shared my experience online, there were quite a few people who did the same. And the experiences were pretty similar to mine.

It's up to you. But I say, bring the joy back to Twitter.

This site uses Akismet to reduce spam. Learn how your comment data is processed.

If you judge it that way, you don’t have to unsubscribe from people at all. Of course, in your case, 20 thousand was probably too much, but I would leave exactly that InfoSpace, which would be able to inspire and motivate me, regardless of how many people will continue to read me, because, after all, there are always opportunities.

Social media is not evil if you know how to use it.

But no matter how it is, it is still important to understand that our information space was formed from what we are interested in and how exactly we interact with these interests. Twitter may indeed be a source of bad news for some, but that is easy to change, because here you are the owner of your subscriptions and publications. Good article, thank you.